Ductile iron is a type of cast iron. This metal contains a spherical graphite structure, which has excellent impact resistance, fatigue resistance, elongation and wear resistance.

WHAT IS DUCTILE CAST IRON? 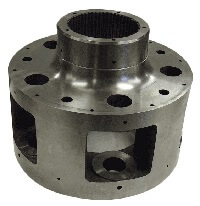 Different proportions of elements in ductile iron have different effects, and we will provide different combinations according to your needs. For example, adding additional Sn and Cu to increase the tensile strength of ductile cast iron; replacing 15% Fe with Ni and Cr to increase the corrosion resistance of cast iron

By the 1920s, Due to the research and progress in the influence of carbon, silicon, and other main components in cast iron and the addition of other alloy elements, melting method, and inoculation effect, the so-called high-grade cast iron appeared. Therefore, the material has been considerably improved. And the scope of application has been expanded to a certain extent. However, due to the fundamental disadvantage of low toughness, its application scope has not been expanded rapidly.

In 1947, Morrogh discovered ductile cast iron with spheroidal graphite in the cast state.

During the Second World War, due to the lack of chromium resources necessary for the production of wear-resistant martensitic white cast iron, it was urgent to study the substitute elements of Cr. Therefore, a systematic investigation has been carried out on whether various metals and transition metals chemically combined with carbon can form carbides, including magnesium. Cu80-Mg20 alloy and Ni80-Mg20 alloy have been used to slow down the intense splashing during magnesium addition. The results show that magnesium not only has a good effect as a substitute element of chromium but also has a significant desulfurization effect when magnesium has a certain degree of residue in molten iron. Based on these new findings, the effect of adding magnesium to gray cast iron was also studied after white cast iron. After adding 0.5% Mg in grey cast iron( 3.5% C, 2.25%Si and Ni 2%) the tensile strength is much higher than the original expectation (about 13kgf / mm2 for ordina)

Keith Millis was a metallurgical engineer and an important innovator in the foundry industry during the middle of the 20th century. He and his collaborators Albert Gagnebin and Norman Pilling received US patent 2,485,760 and US Patent 2,485,761. Used to make ductile cast iron in metallurgy using magnesium (Mg) to arrange the graphite into spheres.  This was an important innovation that helped to revolutionize iron production.

By now, ductile iron has become one of the most popular types of cast iron.

The development of ductile iron continued until the 1950s. Over the next few decades, Millis and his friends set out to improve the craft of graphite cast iron. This allows the industry to better embrace this cast iron. During the 1960s, production of ductile iron increased ninefold, mostly as an engineering material for commercial applications. We still cast NJXS® ductile iron today. 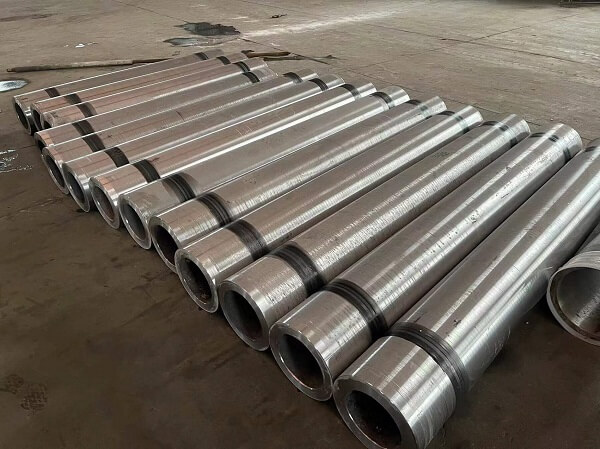 THE DIFFERENCE BETWEEN DUCTILE CAST IRON VS CAST IRON

Both ductile iron and normal cast iron have graphite within.

Look at ordinary grey cast iron with a microscope and you will see that the graphite drill bits are wavy. When looking at ductile iron, they appear spherical. This structure allows ductile iron to have better impact resistance and flexibility without cracking or breaking.

HOW DUCTILE CAST IRON MADE

During the smelting process, more C is added, which is more easily absorbed into the structure than Fe.

Explaining the iron-carbon relationship in another way is like adding so much salt to your water that you reach a point no more salt will dissolve. This is what makes ductile iron different than steel.

Steel only has as much carbon as iron can absorb.

In addition to C, various other elements are added to create the desired solution.  Si, manganese, and O₂ all do their part in the mix to help the C form into spherical graphite structures as the iron cools.

In the process of producing ductile iron, the most important element is Mg, which makes the cast iron form spherical. In addition, Mg will reduce the content of Si in the iron, which increases the tensile properties of the steel.

This is a simplified approach to the production process

Ductile iron has good heat dissipation for easy machining. Compared with steel, ductile iron can damp vibration and sound better, which makes ductile iron ideal for use in large machines. 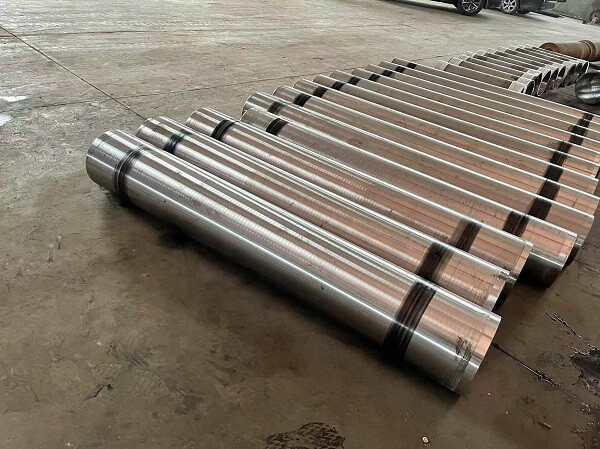